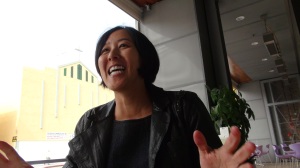 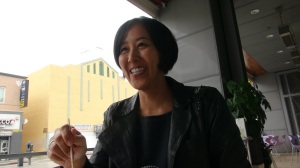 Video is after the jump…

Prior to founding Bureau E.A.S.T. with Aziza Chaouni, Takako was senior designer at Urban Studio in Los Angeles. At Urban Studio she worked on urban design projects including design reviews of major projects for the City of Santa Monica, City of Santa Ana, and City of Pasadena. She was the lead on project coordination and concept development for the urban design component of the West Hollywood General Plan Update and the Ocean Park Boulevard Green Street Project in Santa Monica. In our conversation (back in october 2011), we talked about issues of agency and framework for streetscape, how modernist urban planning in 1960s was transformed unilaterally by Moroccan everyday density, and just on the experience of walking.

Takako and Aziza gained notoriety with their current project for City of Fez Department of Water and Power (RADEEF) : Fez River Project: River remediation and urban development scheme. Her personal research focuses on the intersection of architecture, landscape, and urbanism and its potential to transform the urban milieu.

special thanks to Takako for her wonderful insight!